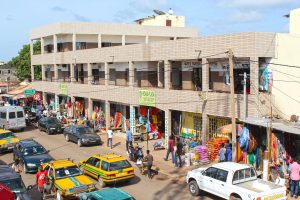 West Africa is urbanizing at one of the fastest rates in the world. Between 2015 and 2040, the population of the region will double and cities will absorb most of this demographic growth.

To better understand urban growth in West Africa, the UF Sahel Research Group will contribute towards the flagship report “Atlas on Cities in Africa” published by the OECD Sahel and West Africa Club in 2020.

The main objective of the Atlas is to analyze urban transformations and integrate their economic, social and territorial impacts into public policies and the development agenda.

This project builds on the Atlas of the Sahara-Sahel (2014), on our recent work on West African border cities and on the Africapolis database on urbanization in Africa recently released by the OECD.