Regional Economic Communities have built dozens of One Stop Border Posts – or Postes Juxtaposés in French – in Africa over the last couple of years. OSBPs convert a two stop border crossing point into a one stop border with a view to facilitate intra-African trade.

As part of the 2017-18 Cities and Borders program of the OECD, we would like to map these border posts and know whether they are operational or not. Help us update our list by downloading this Excel file and email us at owalther[at]ufl.edu. Thanks for your help!

This satellite view of Malanville, in northern Benin, was taken in 2010, before the Niger-Benin OSBP was constructed. The city market – one of the largest in Benin – is near the top of the picture. Image: Google Earth.

This is Malanville in 2016, after the construction of the OSBP. The market has moved to the west of the city and been replaced with a huge border post. As of today, the OSBP is not operational. Image: Google Earth. 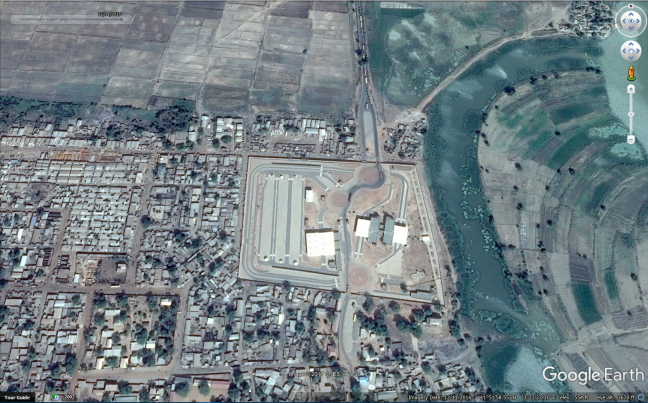